CRISPR: the revolution of biotechnology 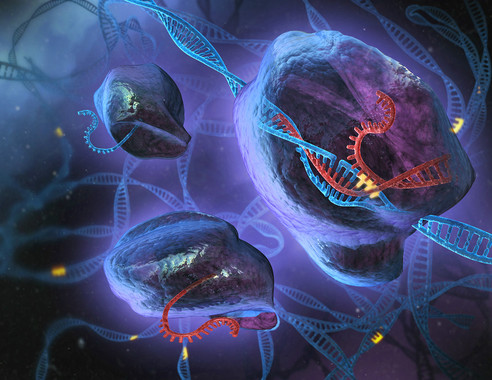 CRISPR technology is a simple yet powerful tool for editing genomes. It allows researchers to easily alter DNA sequences and modify gene function. Its many potential applications include correcting genetic defects, treating and preventing the spread of diseases and improving crops. However, its promise also raises ethical concerns.

In popular usage, "CRISPR" (pronounced "crisper") is shorthand for "CRISPR-Cas9." CRISPRs are specialized stretches of DNA. The protein Cas9 (or "CRISPR-associated") is an enzyme that acts like a pair of molecular scissors, capable of cutting strands of DNA.

CRISPR technology was adapted from the natural defense mechanisms of bacteria and archaea (the domain of single-celled microorganisms). These organisms use CRISPR-derived RNA and various Cas proteins, including Cas9, to foil attacks by viruses and other foreign bodies.

They do so primarily by chopping up and destroying the DNA of a foreign invader. When these components are transferred into other, more complex, organisms, it allows for the manipulation of genes, or "editing."

To read the whole news.